The existing Nando’s Myaree restaurant took over the adjoining tenancy to double their floor space.

The two spaces were unified by a timber clad ceiling with an undulating stepped African motif which ran into various sections of the walls highlighting key elements such as the condiments unit and the caged seating pod. This central theme was also reintroduced into the front of house floor in a subtle combination of light and dark tiling.

The pop of colour was achieved through a red linear banquette with distinctive curved ends which winds its way through the dining area creating different zones.

The alfresco area opens up the internal restaurant via folding doors allowing the inside out and the outside in.

The new Nando’s restaurant has been applauded by customers in Myaree who just love the new look and feel. 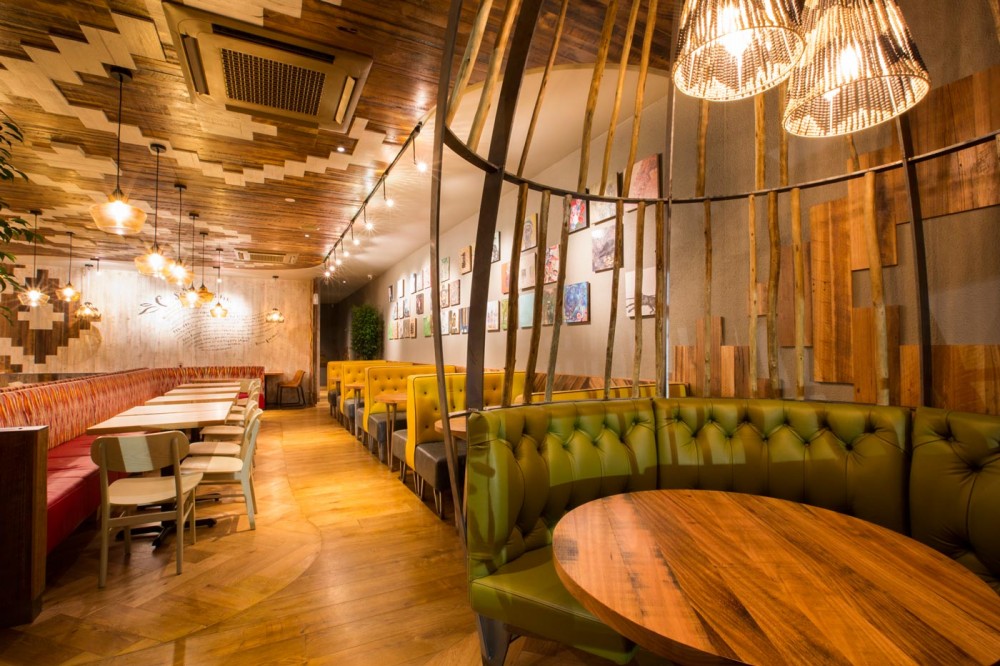 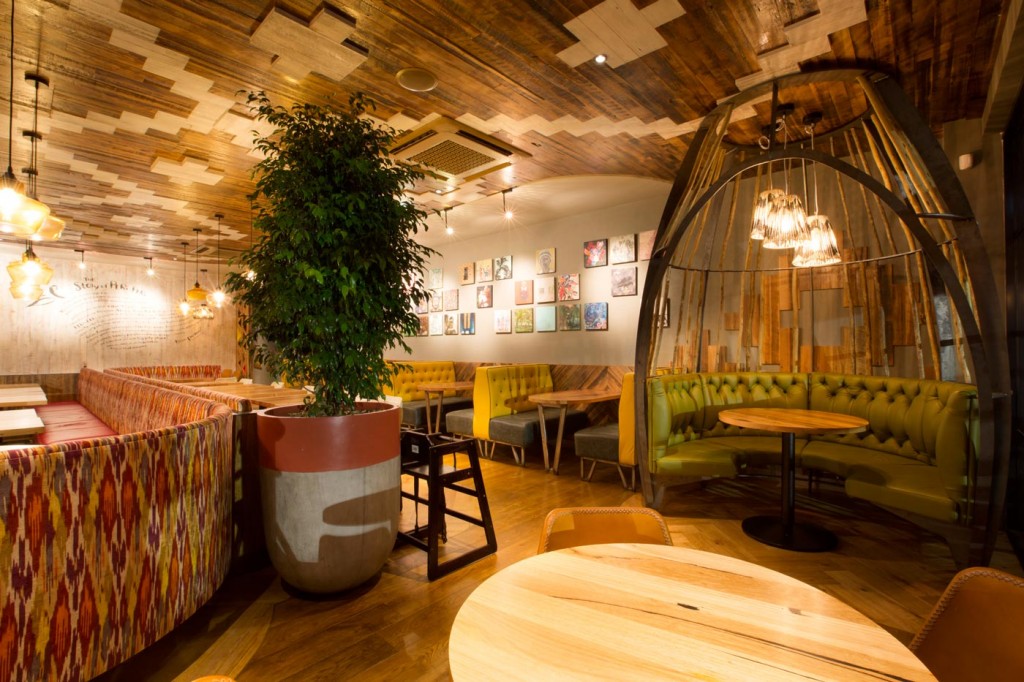 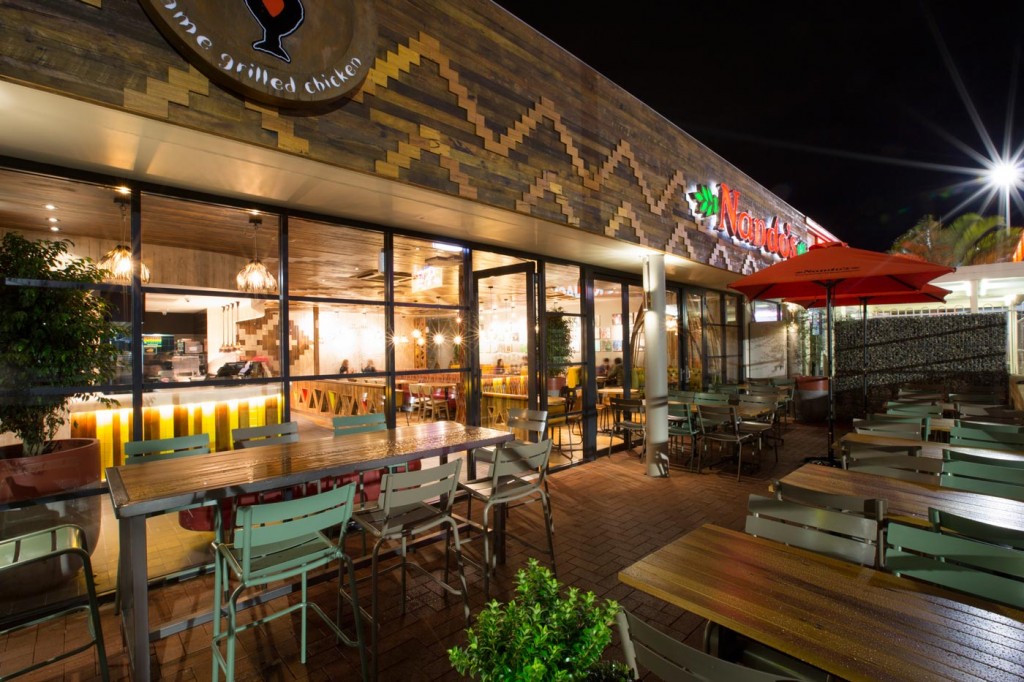 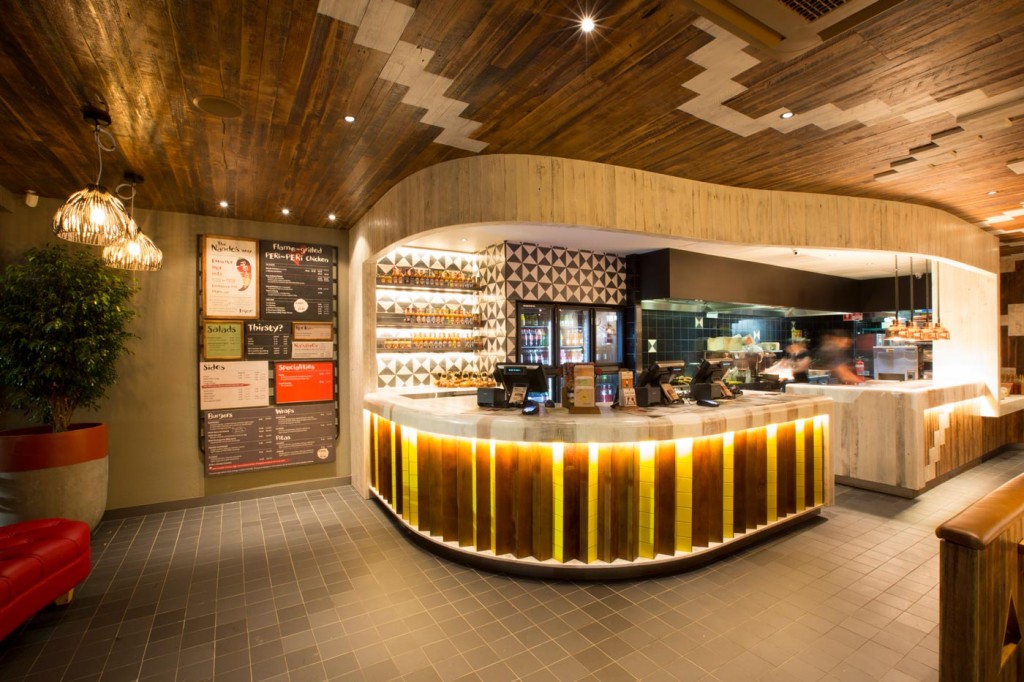 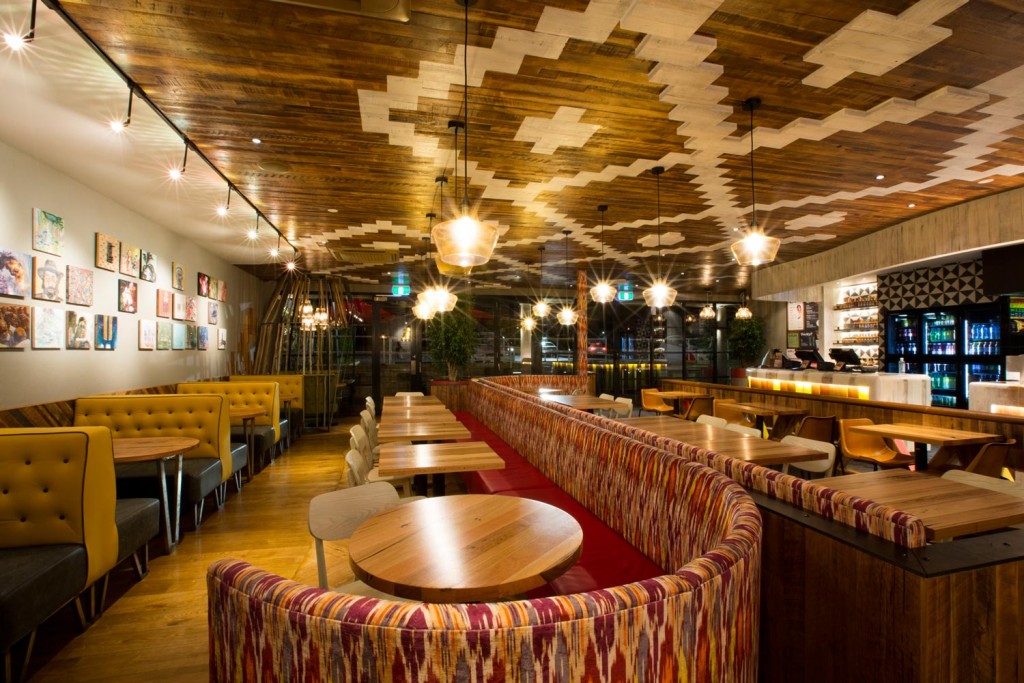 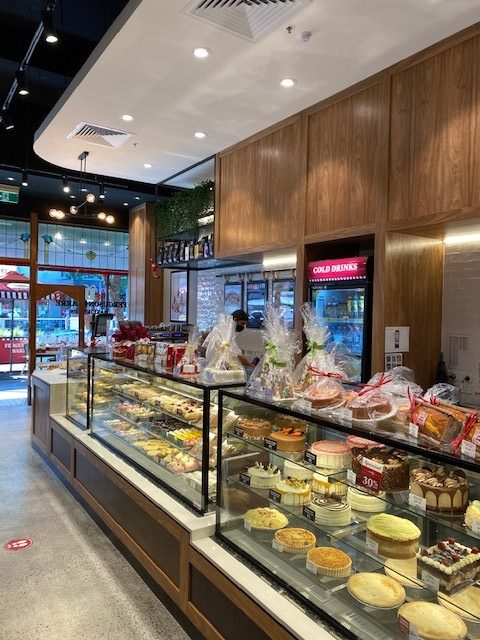 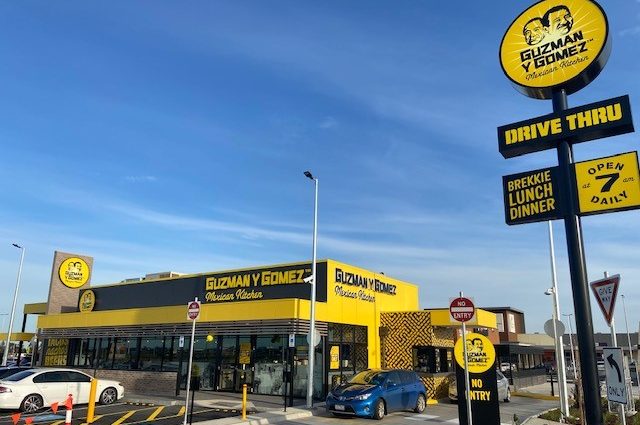